As Florida’s state animal, the Florida Panther has a special place in the hearts and minds of Floridians. It is Florida’s state animal, but also one of the most endangered species in the Nation! About 30 to 35 juvenile and adult Florida Panthers wear radio collars to help monitor the panther status. All panthers are threatened by the destruction of their habitat, collisions with automobiles and genetic defects caused by extensive inbreeding. 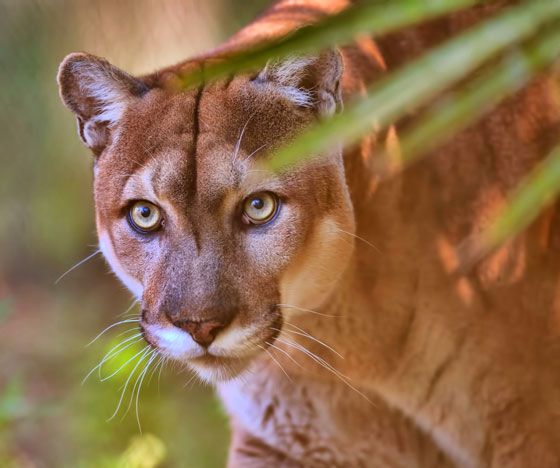 This is Florida's largest bat. Its fur ranges in color from dark gray to brownish-gray. As with other bats in the family Molossidae its tail extends well beyond a short tail membrane. It has large broad ears that slant forward over the eyes from which it gets the common name of "bonneted bat."

This species is represented by very few occurrences or subpopulations. All of the known occurrences are relatively small and probably of less than optimal viability, yet they probably have a good probability of persistence for the foreseeable future. This species has appeared to exist in low numbers for several decades.

Total adult population size is unknown, but is estimated to be in the lower thousands (less than 10,000). The species appears to be rare but may be more numerous than historical evidence indicates (USFWS 1996). It roosts singly or in small groups.

Vulnerable to habitat loss (in urban and forested areas), habitat alteration (removal of old trees with cavities, or buildings with spaces suitable for roosting), and pesticide spraying for mosquitoes. The last may be responsible for the species' decline in the Miami area, as roosting sites are still abundant. Severe hurricanes may cause loss of older trees with roosting cavities. Hurricane Andrew, an intense Category 5 hurricane that struck southeastern Florida in 1992, may have had a significant impact upon the already low population of bonneted bats. 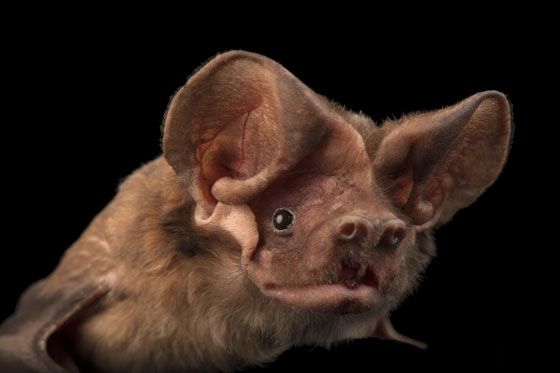 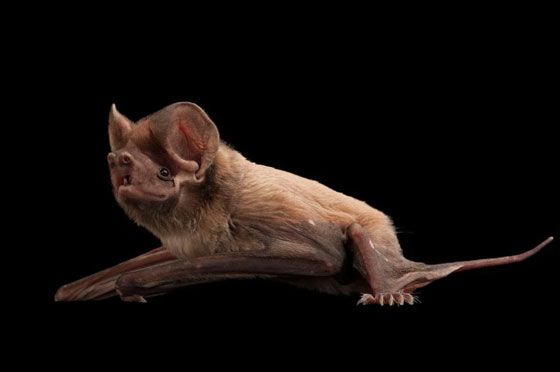 Our only native stork in North America, the Wood Stork (Mycteria americana), is a very large, heavy-billed bird that wades in the shallows of southern swamps. The Wood Stork population in the southeastern United States was estimated at more than 150,000 at one time, but breeding populations in southern Florida have dropped sharply since 1970. By the early 1990s, Wood Storks’ overall numbers had plummeted to around 10,000. Since then, their breeding range has shifted northward into coastal areas of Georgia, South Carolina, and North Carolina. Destruction of habitat and disruption of water flow through southern Florida are major causes of decline.

Wood Storks nest in colonies. While they prefer stands of tall cypress, they also sometimes nest in mangroves or on trees in flooded impoundments. Nests are nearly exclusively found in trees on small islands or trees that are inundated by standing water, as the presence of alligators has been shown to deter nest predators, like raccoons, which are a threat to eggs and young chicks. Nesting storks have been known to fly more than 50 miles one way in search of food.

Wood Storks feed by touch (a process called “tactilocation”), partially opening their bill and snapping it shut when fish brush against it. Wood Storks’ bill snap is one of the fastest reaction times recorded in vertebrates, and they are highly efficient when prey are heavily concentrated in shallow water. Over the course of the dry season, water levels in South Florida can drop more than four feet. This gradual, seasonal drop in water level concentrates fish in deeper pools where they become readily available for wading birds, alligators, and other predators. A rise in water levels (during the wet season or a large rainfall event during the dry season) disperses fish across the landscape, spreading them out and making it more difficult for birds to find food. Without consistent access to prey items throughout the breeding season, Wood Storks cannot feed and fledge their young.

Depending on the time of year and feeding location, Wood Stork diet can also contain a large proportion of crayfish. It takes an estimated 440 pounds of food over the 13-week nesting season for a pair to successfully fledge chicks.

The Wood Stork is listed as a threatened species by the U.S. Fish and Wildlife (downlisted from endangered in 2014). They are also protected by the U.S. Migratory Bird Treaty Act. 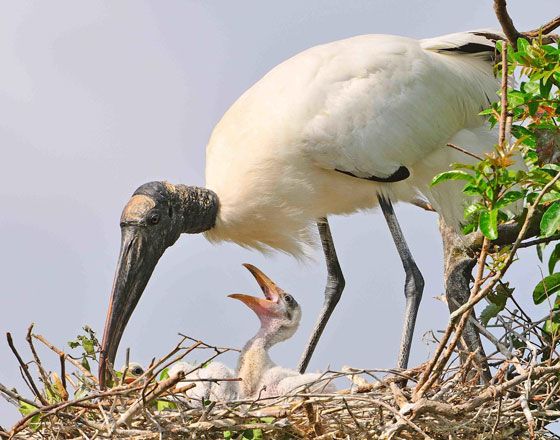 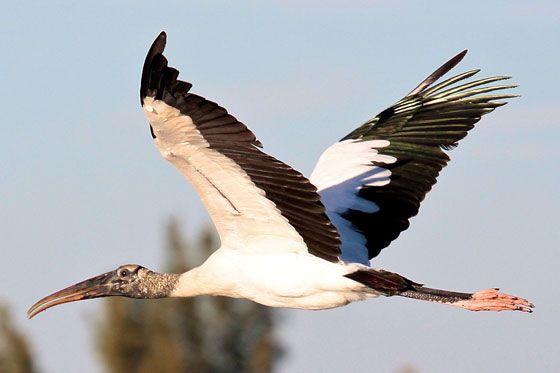 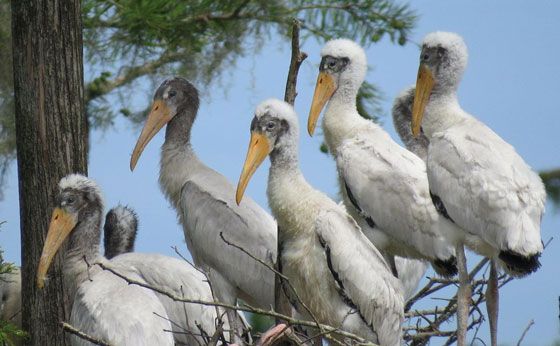