What is a conservation bank exactly?

A conservation bank is a parcel of land containing natural resource values that are conserved and managed in perpetuity for specific, federally listed, threatened and endangered species.

A proposed bank undergoes detailed and extensive review and examination by the US Fish and Wildlife Service. If Approved and Certified by the Service, the Conservation Bank lands are managed and maintained following an approved, Management Plan designed to protect and improve its natural resource value to the listed species. A Conservation Easement is usually used to provide permanent protection of the land. A non-wasting fund, provided by the Conservation Bank, provides funds for the perpetual care and maintenance of the land and the continued benefit to the listed species. The natural resource values are translated into Conservation Credits, which may be sold to offset impacts to listed species elsewhere.

Because of Florida’s weather, economy, and low taxes, the population, and subsequent development have been growing exponentially. Unfortunately, the human population often grows at the expense of wildlife populations.

Florida has the 2nd highest number of endangered species in the US and as the population grows; the amount of habitat available for the Florida panther and other species, whether listed or not, continues to decline. Conservation Banks provide habitat for all native species, including those listed as Threatened and Endangered, in perpetuity, with no cost to the public purse. Our Conservation Banks proactively preserve large, contiguous, and viable tracts of native Florida habitat. Through a combination of comprehensive large-scale planning and a coordinated mitigation strategy, the Banks reduce conflicts and costs between development and conservation aims, thereby increasing the ecological effectiveness of our conservation strategy. 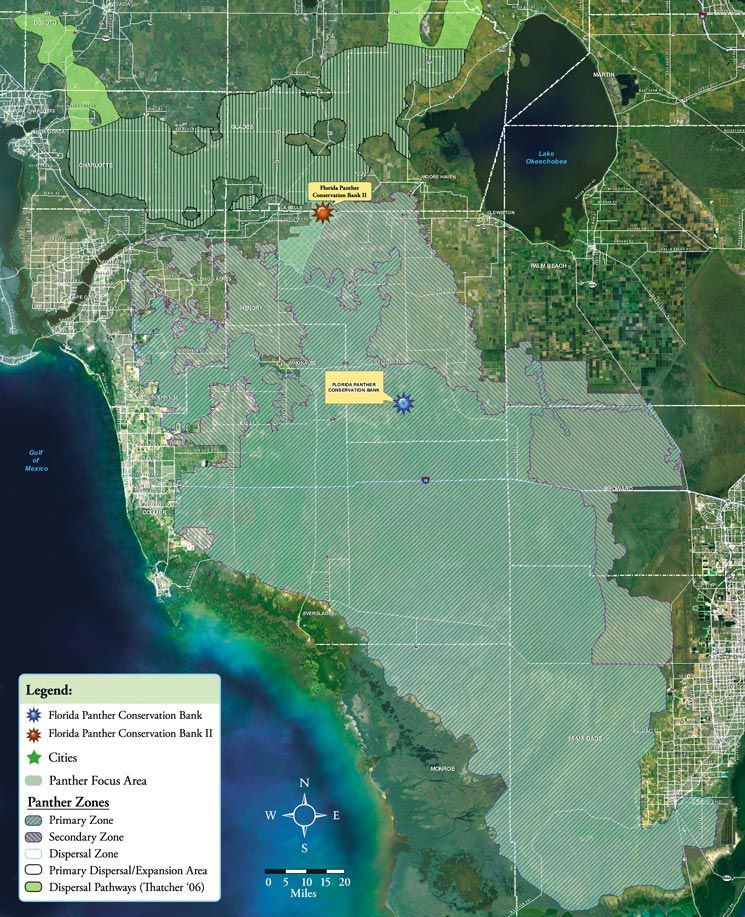 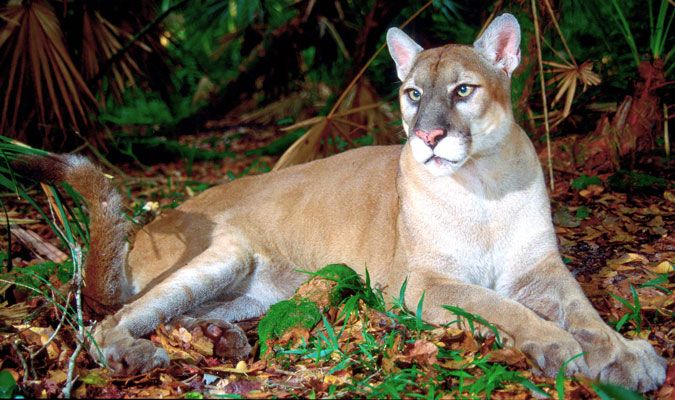 Florida Panther Conservation Family of Conservation Banks provide exceptional quality habitat for many of Florida’s threatened or endangered species other than the Florida panther. These include the Florida Black Bear, Wood Stork, Snail Kite, Swallow Tail Kite, Big Cypress Fox Squirrel, Bald Eagle, Northern Cara Cara, Gopher Tortoise and many other plant and animal species. The Banks are located within an area designated as Priority One Panther Habitat and the Dispersal Zone.

Fill Out the form and provide details of your mitigation needs and we'll get back to you in a timely fashion.